In 2005 ComfortDelGro in joint venture with Cabcharge, acquired the business and assets of the Westbus Group, the largest bus operator in New South Wales (NSW).

CDC continued its growth in NSW through the purchase of Holroyd Bus Lines Pty Ltd in July 2006. The following year it acquired the business and assets of Toronto Bus Services in the Newcastle region.

Having established itself as a major provider of essential transport services in NSW, CDC expanded into Victoria in February 2009 through the acquisition of the Kefford Corporation’s group of Victorian bus companies. This officially established CDC Victoria which included operating brands such as Westrans, Eastrans, Benders Bus Lines, Davis Group and Driver Group. In 2018, ComfortDelGro also acquired Tullamarine Bus Lines (TBL) and the Buslink Group.

We now operate a fleet of over 600 buses and coaches out of eight depots and two satellite depots, providing not just route services, but reliable and competitive charter services for schools, charities, sporting clubs, and various other recreational groups. 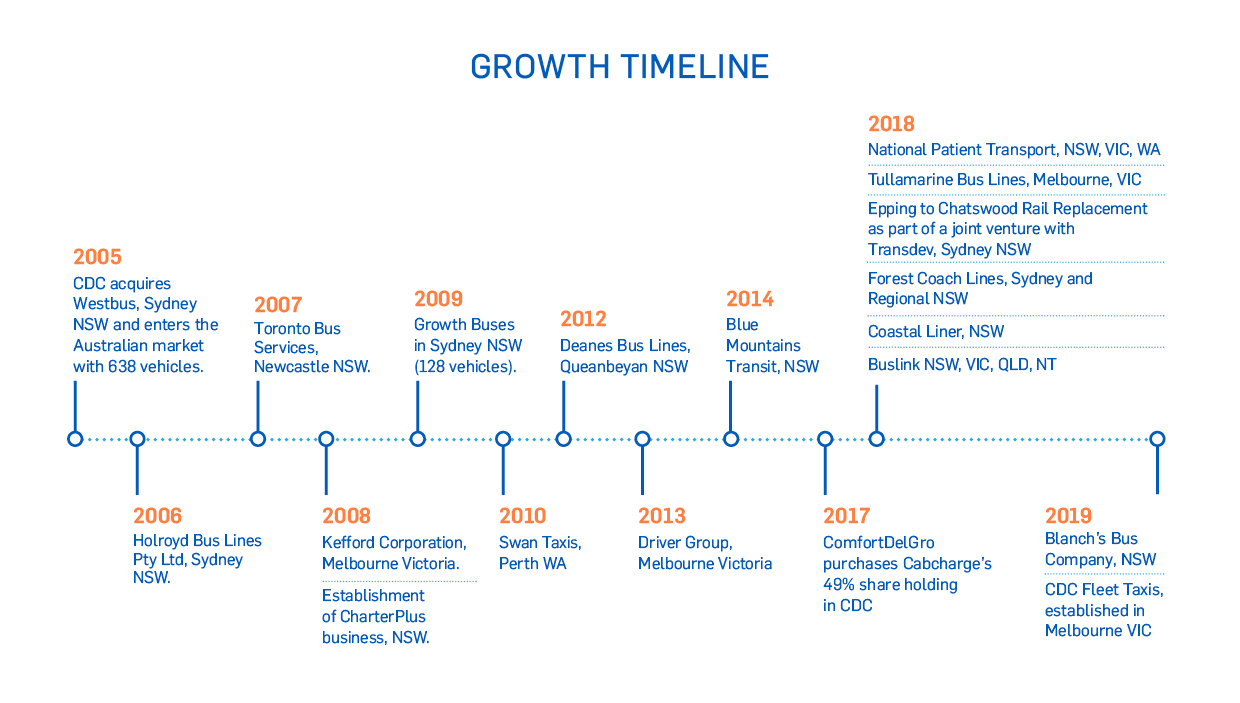