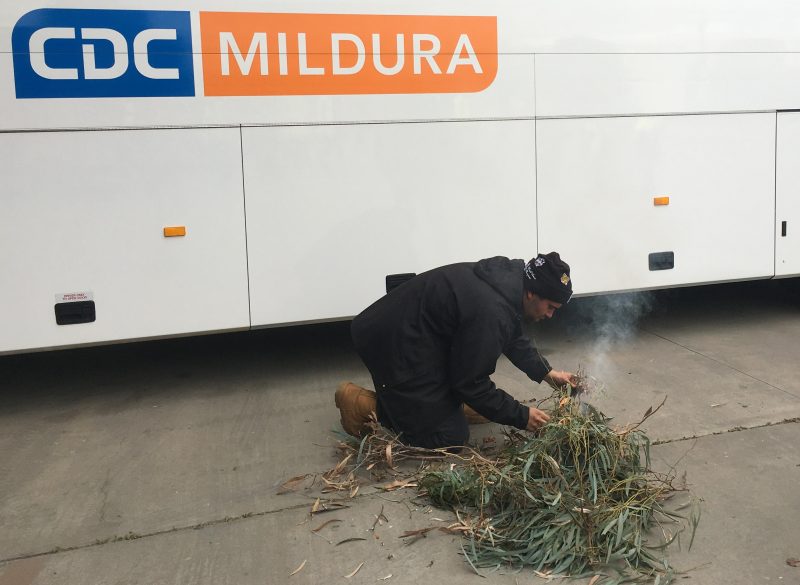 CDC Victoria was proud to host its NAIDOC Week 2021 celebrations at Mildura on 5 July.

The event brought CDC Mildura and the community together with a Welcome to Country delivered by Uncle Norm Tinawin Wilson and a healing ceremony performed by Aboriginal Ranger Greg Laurie of the First People of the Millewa-Mallee Aboriginal Corporation.

Being part of NAIDOC Week 2021 plays a vital role in CDC Victoria’s connection with the communities we serve, including the Aboriginal and Torres Strait Islander communities.

CDC Victoria operates on the lands of the Wathaurong and Wurundjeri Peoples of the Kulin Nation that encompasses what is now greater Melbourne, Ballarat and Geelong, and the lands of the First People of the Millewa-Mallee Aboriginal Corporation in the northwest region of Victoria which includes the city of Mildura. CDC pays respect to the Elders, past present and future of the traditional custodians of the lands upon which we operate.

CDC Australia also celebrated across Australia in metropolitan and regional areas in the Northern Territory, Queensland, New South Wales, the Australian Capital Territory, and Western Australia, delivering a diverse range of activities that tied in with the ‘Heal Country’ theme of NAIDOC Week 2021.